The Richard Sparrow House is a historic house at 42 Summer Street in Plymouth, Massachusetts and the oldest surviving house in Plymouth. The house was built around 1640 by Richard Sparrow, an English surveyor who arrived in Plymouth in 1636. He was granted a 16-acre tract of land in 1636 on which the house was later built. The Sparrow House is listed on the National Register of Historic Places in Massachusetts. The house is now operated as a house museum and the home of Sparrow House Pottery. Pigma Micron Pens with Daniel Smith watercolors in a Stillman and Birn Alpha Series sketchbook. 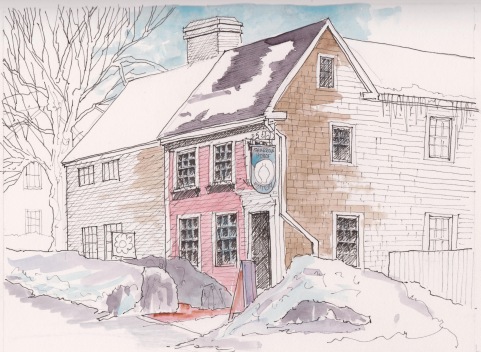