Pen and Ink sketch of Saint Gabriel’s Episcopal Church in Marion. MA.  The current Chapel was consecrated in 1900. The patron saints name is said to have originated in a storm at sea, when Admiral Harwood called upon the Angel Gabriel for deliverance. He promised to build a church in Marion, which subsequently became St. Gabriel’s. Pigma Micron Black Pens in a Stillman and Birn Alpha Series Sketchbook. 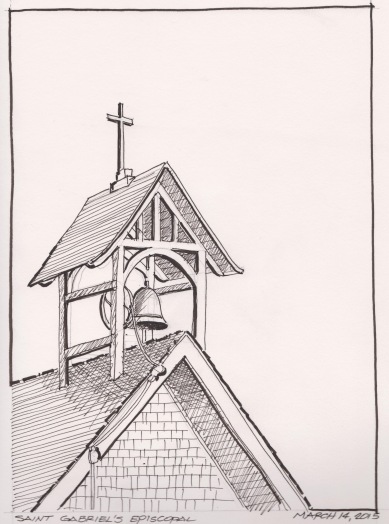 3 thoughts on ““For bells are the voice of the church; They have tones that touch and search The hearts of young and old.” — Henry Wadsworth Longfellow”