This sketch is from a photo taken by my wife Lisa on a recent trip to Boston, thank you. The Boston Public Garden was established in 1837 when philanthropist Horace Gray petitioned for the use of land as the first public botanical garden in the United States. Gray helped marshal political resistance to a number of Boston City Council attempts to sell the land in question, finally settling the issue of devoting it to the Public Garden in 1856. The 24 acres landscape, which was once a salt marsh, was designed by George F. Meacham. In October 1859 Alderman Crane submitted the detailed plan for the Garden to the Committee on the Common and Public Squares and received approval. Construction began quickly on the property, with the lake being finished that year and the wrought iron fence surrounding the perimeter erected in 1862.  The plan for the garden included a number of fountains and statues. Lamy Safari Fountain Pen with Noodlers ink in a Stillman and Birn Sketchbook. 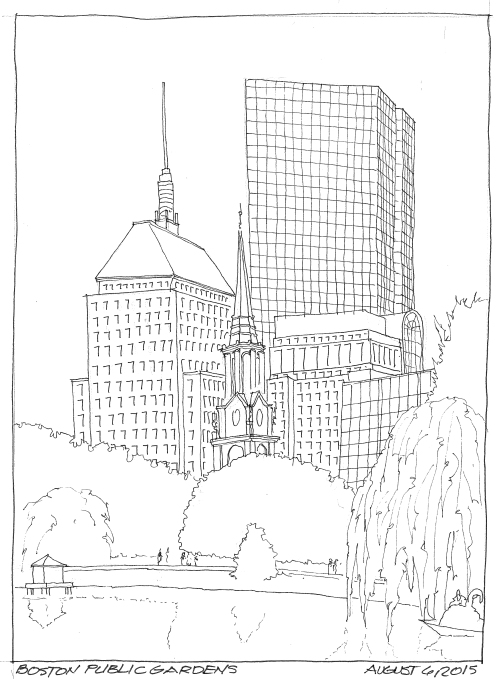 One thought on “Boston Public Garden”