The Highland Light (previously known as Cape Cod Light is an active lighthouse on the Cape Cod National Seashore in North Truro, Massachusetts. It is the oldest and tallest lighthouse on Cape Cod. The park and lighthouse area owned by the National Park Service. The present location of the lighthouse is not the original site. It was in danger of falling down the cliff due to beach erosion, so the structure was moved 450 feet (140 m) to the west. The move was accomplished  over a period of 18 days in July, 1996. Pilot Namiki Falcon fountain pen with Noodlers Black ink and Holbein watercolors in a Stillman and Birn Sketchbook. 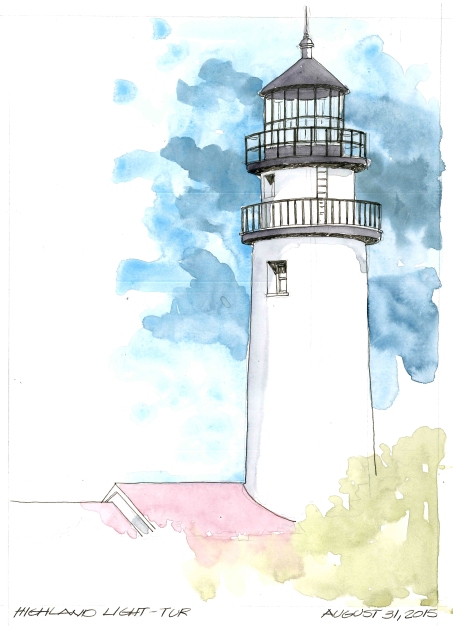