Great Point Light, officially, Nantucket Light is a lighthouse located on the northernmost point of Nantucket Island. First built in 1784, the original wooden tower was destroyed by fire in 1816. The following year a stone tower was erected which stood until toppled in a storm in March 1984. Rebuilt again in 1986, the stone tower was built to replicate the old one, and still remains in operation today. Modern additions include solar panels to recharge the light’s batteries, and a sheet pile foundation and 5-foot thick concrete mat to help withstand erosion. Faber-Castell Pitt pen with Holbein and Daniel Smith watercolors in a Stillman and Birn sketchbook. 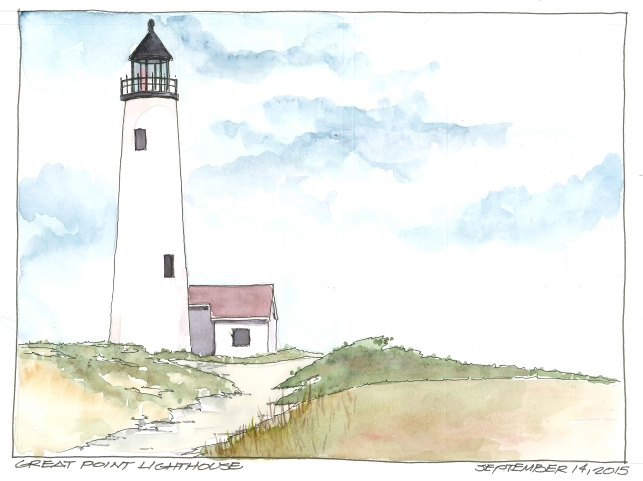