Another quick sketch from the zoo. Peacock’s are beautiful animals with the iridescent feathers. The Indian peacock has iridescent blue and green plumage. The peacock “tail”, known as a “train”, consists not of tail quill feathers, but highly elongated upper tail coverts. These feathers are marked with eyespots, best seen when a peacock fans his tail. Both sexes of all species have a crest atop the head. Holbein and Daniel Smith watercolors with black ink work in a Stillman and Birn sketchbook. 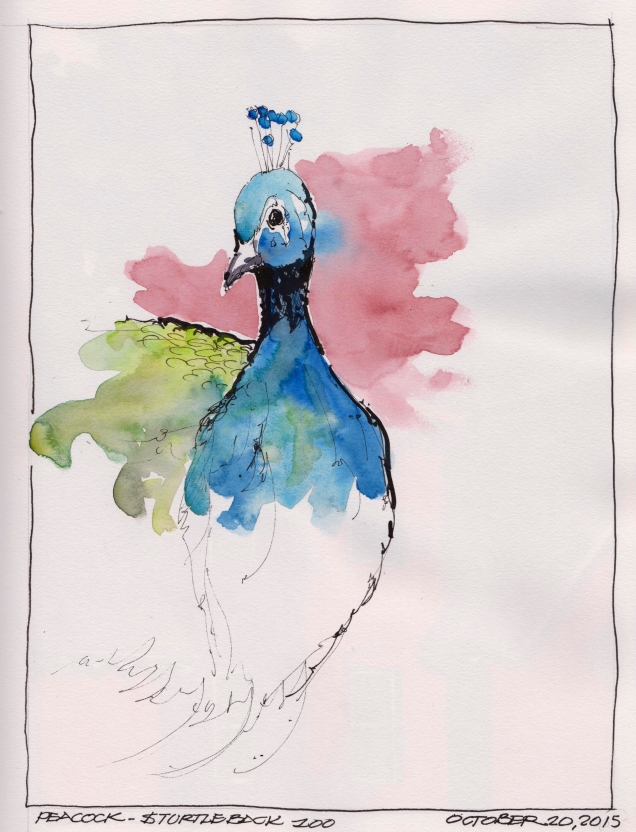