Tonight I attended the American Institute of Architects Rhode Island design awards which were held at the Providence Public Library this year. The Library opened this classic Venetian Renaissance building in March 1900. Now on the National Register of Historic Places, the Library is a prime example of turn-of-the-century American architecture. Ground was broken in 1896 on the Library’s present location on Washington Street, and with an extraordinary gift totaling $268,500 from Rhode Island philanthropist John Nicholas Brown, the classic Renaissance building was completed at a final cost of $387,000. It was opened in March 1900 with 93,000 volumes and 39 employees. This sketch is of the West entry portal with it’s carved stone, cast iron light and beautiful mahogany woodwork. Faber-Castell Pitt pens with watercolor in a Stillman and Birn sketchbook. 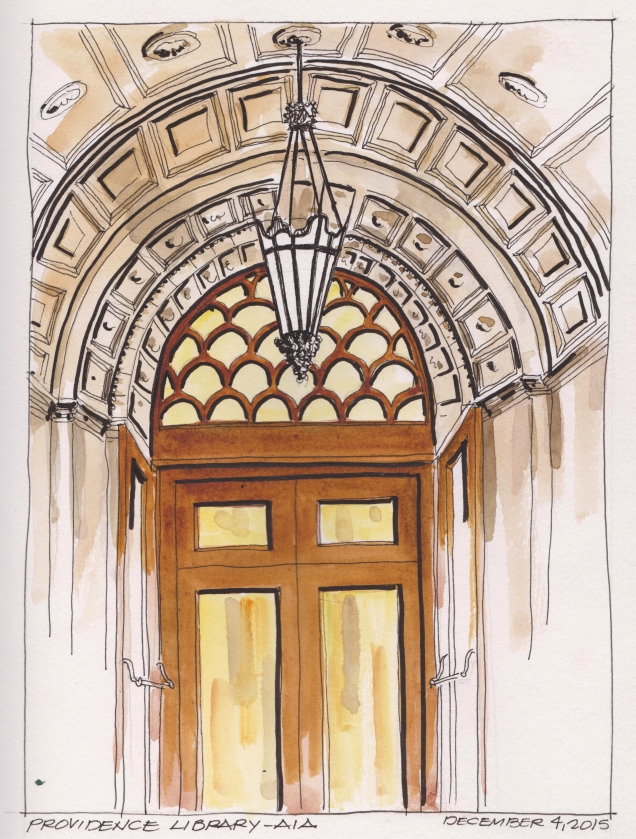