The Melville Shoe Corporation Warehouse was designed by architect George E. Strehan and built between the years of 1928 and 1930 for the Melville Shoe Corporation.
The Art Deco style office entrance to the building constructed of concrete and brick is located in Worcester, Massachusetts. The stepped 7 story tower has corner pilasters and tall rectangular windows that are important contributors to the Art Deco style of the building and contained the elevators and a 40,000 gallon water tank. A bronzed doorway at the base of the tower is surrounded by fluted limestone pilasters and capped by a mosaic panel depicting figures admiring their shoes. Beneath this panel in a frieze over the door is a profile bust (presumably) of Frank Melville, Jr. the company founder. Officially opened on November 11, 1930, the annual Melville Shoe Company Report of that year called this warehouse “the most efficient of its kind in the world.” Faber-Castell Pitt art pens with Holbein watercolors in a Stillman and Birn sketchbook. 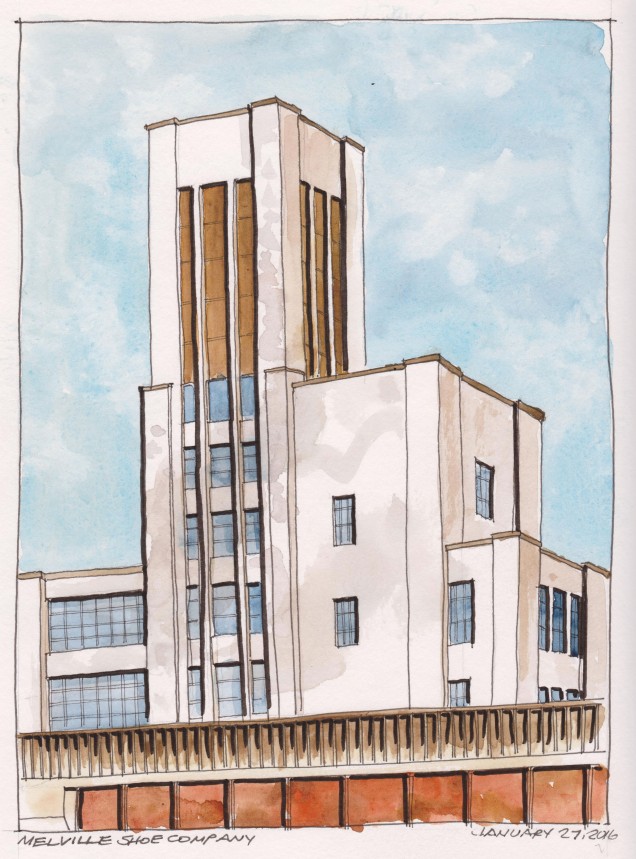