A wonderful ferry trip across Long Island Sound from New London, Connecticut to Orient Point, New York. This is a view of the Orient Point Lighthouse as you approach the harbor at the far Eastern end of Long Island.  The lighthouse is located on a reef just below the water. The deep and narrow gap between Orient Point and Plum Island is called Plum Gut, and at ebb tide, the waters of Long Island Sound rush through at currents exceeding 5 knots, creating a churning mix of white-capped waves and dangerous riptides that is a challenge for even the most experienced mariners. Oyster Pond Reef, a dangerous obstacle lying just beneath the surface of the water extends from Orient Point one third of the way across Plum Gut, making the passage even more treacherous. Pilot Falcon fountain pen with Noodler’s black ink and Holbein watercolors in a Stillman and Birn sketchbook. 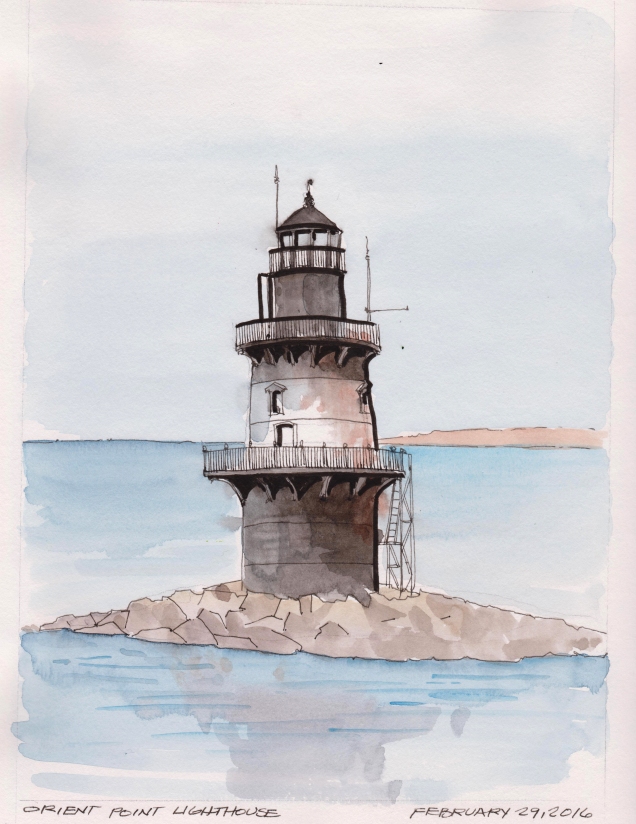