Unlike the modern car or bus, stagecoaches and their teams required regular rest stops along their routes of travel. There were two stops  on Old Sandwich Road in Plymouth, Massachusetts and one was what is now the Rye Tavern. The Cornish Tavern was built in 1792 by Josiah Cornish, who maintained the tavern as an inn and popular meeting place for many years. Even after the Old Colony Railroad reached Plymouth in 1845, there was still a need for a resting place of horse-drawn coaches making connections to outlying towns. Taverns in the Plymouth area remained into the 19th century when they were gradually replaced by more modern hotels and restaurants. But in the outlying area of town, along the oldest public road in the country, this traditional 18th century tavern still exists, looking much the same as it did two centuries ago. Pilot Falcon fountain pen with Noodler’s Bullet Proof black ink and Holbein watercolors in a Stillman and Birn Sketchbook. 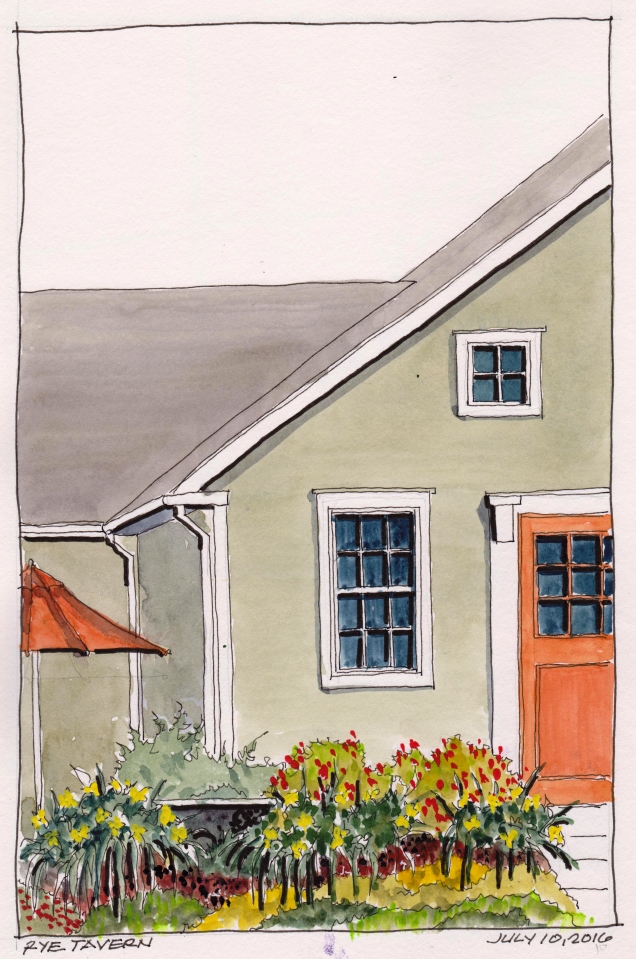