Skip to content
Mission San Carlos Borroméo del río Carmelo in Carmel-by-the-sea. The mission was the headquarters of the Alta California missions headed by Saint Junipero Serra from 1770 until his death in 1784. It was also the seat of the second presidente, Father Fermin Francisco de Lasuen.The mission buildings and lands were secularized by the Mexican government in 1833, and had fallen into disrepair by the mid-19th century. They were partially restored beginning in 1884. In 1886 it was transferred from the Franciscans to the local diocese and has continued as a catholic parish church since then. It is the only one of the California Missions to have its original bell tower dome. Pilot Falcon fountain pen with Noodler’s Bulletproof black ink and Faber Castell Pitt Art pens in a Stillman and Birn sketchbook. 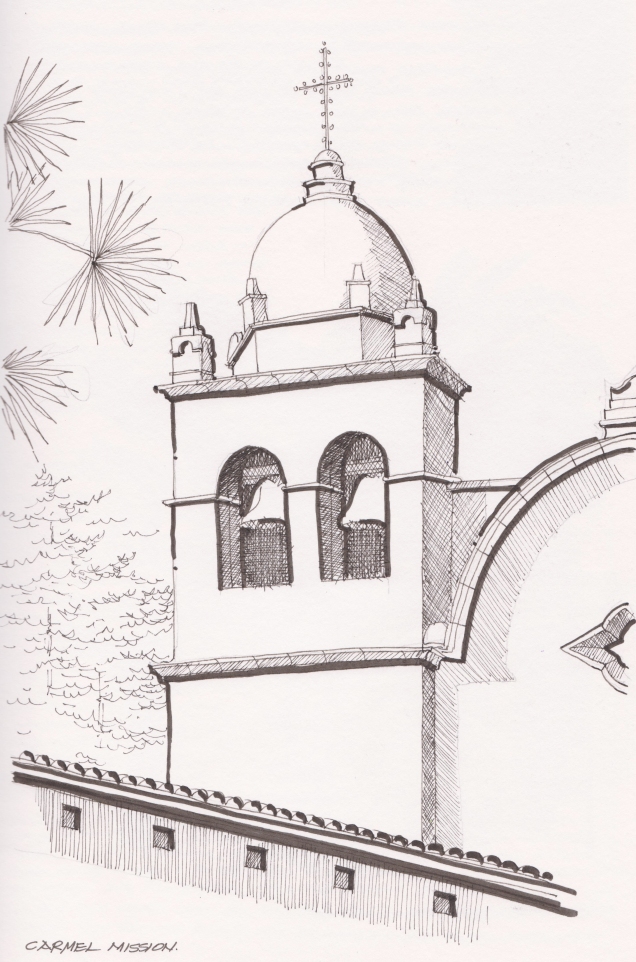