Nantucket is 26 miles at sea, a tiny spit of sand off the coast of Cape Cod, Massachusetts, with the Atlantic Ocean and Nantucket Sound defining its borders.  Just under 15 miles long and three and a half miles wide, much of life on the island is defined by the waters that surround it.
It is a place, wrote Herman Melville in his classic novel “Moby Dick,” made an utter island by the ocean, that to the very chairs and tables small clams will sometimes be found adhering, as if to the backs of sea turtles. But these extravaganzas only show that Nantucket is no Illinois.” A century after Melville penned his tale of madness and whaling, Nantucket is still unlike anywhere else. Maybe it is a history so seeped into the very soil that one cannot help but come in contact with it. Holbein watercolors in a Stillman and Birn sketchbook. 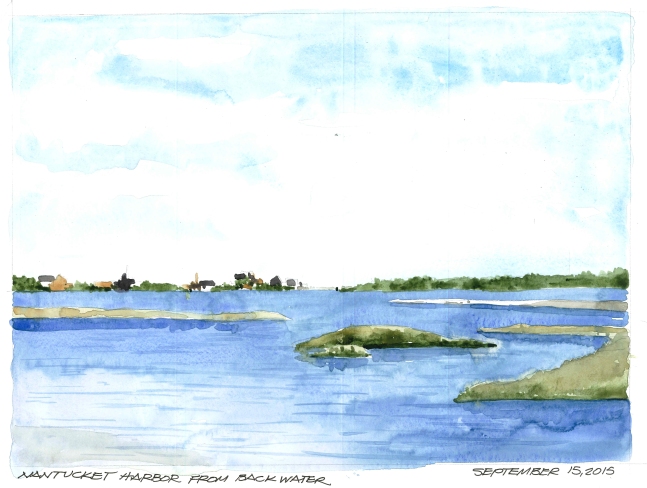